This page below contains a hotlist of exercises and educational materials on my webpages. They are geared for students of medieval literature. Items are listed in alphabetical order, so if you have an assignment in your syllabus, you can look for it by title.

All about Turkey (first step)

In the Middle Ages the madrasa (lit., "place to study", in Arabic darasa "to study"; for discussion of darasa as a technical term meaning "to study jurisprudence" and darrasa meaning "to teach jurisprudence") was a college for the professional study of the islamic sciences, particularly jurisprudence (feqh) but also the Koran Hadith (Hadis), and such ancillary fields as Arabic grammar and philology, knowledge of which helped in understanding sacred and legal texts. The so-called "foreign sciences," like philosophy and medicine, which also formed part of a learned education, were most often studied in the teachers' homes, as was literature when conceived as a field apart from the islamic sciences. Go to the site
http://www.allaboutturkey.com/medrese.htm 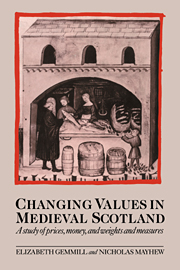 Scottish Medieval Bibliography In the informations below there are some of the standard general works on medieval Scottish history, although some works covering early modern and modern Scotland are also included. Their bibliographies and footnotes should give you a start on finding sources for further research and more specialized works. For the complete bibliography 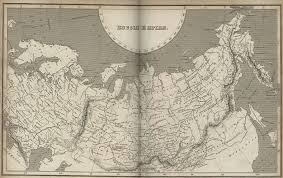 Maps of the Baltic Lands
These maps depict the lands bordering the Baltic Sea, including Russia, Scandinavia and Northern Europe. They are from the Atlas to Freeman's Historical Geography, edited by J.B. Bury, Longmans Green and Co. Third Edition, 1903, and are online here at the Medieval History site.
The Medieval Atlas is a directory of maps, charts, geographic drawings and illustrations, illuminations, and other cartographic representations of the world in general, and the geography of Europe in particular, during the Middle Ages. Both historical maps and period or "antique" maps are included. The maps display the changing face of northern Europe throughout the Middle Ages. Go to the site;
http://historymedren.about.com/library/atlas/blatrusdex.htm
Pubblicato da Italia Medievale a 12:36 Nessun commento:

The Medieval Banquet is just to the east of the City of London and Tower Bridge, next to the World Trade Centre in St. Katharine's Dock. It is easy to get to by public transport (bus or tube) or taxi. Major road routes such as the A11 and A13 are close by which lead to the M25 and London's main airports (Heathrow, Gatwick, and Stansted).
In addition parking is permitted on surrounding roads with single yellow lines after 6.30pm. Go to the site: http://www.medievalbanquet.com/
Pubblicato da Italia Medievale a 17:32 Nessun commento:

This slide contains 54 images of men, women and children in various forms of medieval dress, ranging from the 12th through 16th centuries. Each image downloads separately, which means there will be a pause between viewing each image - roughly 1-3 seconds on a 56K modem. You can watch the status of each download in the lower-left corner of your browser's window (Netscape and IExplorer). Once all images are downloaded, the pause is eliminated and you can cycle through the slide at your leisure. Go to the site:
http://romancereaderatheart.com/medieval/timeline/
Pubblicato da Italia Medievale a 17:12 Nessun commento: 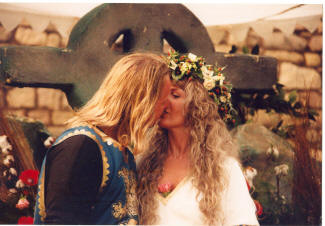 Have you always dreamed of having the Ultimate Fairytale Medieval Wedding or themed event?

Although Medieval is a speciality of Fantaysia, we organise all different themed weddings and corporate events. Our Medieval Kingdom of Fantaysia offers all Knights & Princesses and would be Kings the key to the Kingdom which will enable you to have the wedding day dream or themed event that you have always dreamt of turned into a reality? The Kingdom has many services which are available to you to ensure that your magical day will be the most memorable day of your lives... Visit the site:
http://www.fantaysiathemes.com/