Sofya la Rus: 13th-14th Century Medieval Russian Life
During the first century A.D., the Goths started to move down out of Scandinavia - conquering and displacing the peoples they met. Among these peoples are mentioned the Venedae, the Sclaveni, and the Antes. Jordanis, a sixth century A.D. Goth, says that that these tribes gave rise to the Slavs. The Goths generally adopted the culture of the Sarmatians, so that the period from 500 B.C. to 500 A.D. was a time of general cultural continuity for the Eurasian plain.
The Huns arrived in the fourth century A.D. from Central Asia, after having been blocked from eastward movement by the construction of the Great Wall of China. They crushed the Alans between the Don River and the Sea of Azov. Many Alans fled west, pursued by the Huns, who then fought the Goths. This movement of the Huns gave rise to the "Great Migration of Peoples" as it caused massive dislocations. They forced the Visigoths (West Goths) and Ostrogoths (East Goths) and Alans out of the Eurasian plain. The Visigoths went to southern Gaul, then Spain. The Ostrogoths went to Thrace, then conquered Italy, destroying the Western Roman Empire. A group of the Alans moved into the Caucasus Mountains and became the Ossetians. (Joseph Stalin was Ossetin.) The Huns peaked under Attila and attacked the Eastern Roman Byzantine Empire in 447, invaded Frankish Gaul in 451 and attacked Italy in 452. Fortunately for all of western Europe, Attila died in 453 and his empire crumbled. But many historians believe that it was during this period of the Great Migration of Peoples that the Slavs began to migrate out of central and eastern Europe - heading east, south and west
After the Huns came the Avars, a mixed people of Turkish, Mongolian and Chinese decent, who conquered in the mid-sixth century and created a state reaching from the Volga River to the Elbe. They were powerful enough to pressure the Byzantine Empire into paying tribute in 581, and the Byzantine sources make it clear that Slavic groups were included in the Avar campaigns - refered to as Sclaveni. The Avars ruled (and oppressed according to the oldest Russian histories) until the seventh century when they were defeated by the Byzantine Empire.
In the eighth century, the nomadic Turkic Khazars arrived along the Black and Caspian seas to rule over the array of peoples now living in the Eurasian plain - Huns, Avars, Antes, Altaic Turks and Slavs. The Khazars developed lively trading relationships with the Byzantine Empire to the west and the rising Arab Empire to the east, and served as the middlemen between these two empires and the tribes living to the north. As a result, south Russia as a fairly cosmopolitan region at this time. Also by the eighth century, Slavic tribes had settled permanently along the Dnieper River, forming the basis for the future Kievan state.
In summary, there is no definite evidence of Slavs in the Eurasian plain until the sixth century, when Slavic or proto-Slavic tribes had moved east out of central Europe and spread along the Dnieper to form the nucleus of the eastern Slavs - the "Great Russians", the "White Russians" (Byelorussians) and the "Little Russians" (Ukrainians). Other Slavic tribes moved south into the Balkans and gave rise to the southern Slavs - Serbs, Croats, Slovenes, and Bulgars. Slavic tribes also moved west to become the western Slavs - Poles, Czechs, Slovaks, Moravians, Kashubs and Wends.
go to the site:
www.strangelove.net/~kieser/Russia/

Medieval Scotland
This is a collection of articles and resources aimed at anyone interested in Scotland between A.D. 500 and 1603, from about when the King of Dál Riata moved from Ireland to Argyll to when King James VI of Scotland inherited the English throne. Because medieval Scotland was not isolated from its surroundings in either space or time, there are also some articles concerning related regions and the focus time span is somewhat flexible.Some of the articles discuss not only what was done in Scotland in the Middle Ages but also how modern people might re-create aspects of medieval Scottish culture. While this may be of direct interest mainly to novelists and historical re-creators (such as those involved with battle re-enactment societies, renaissance fairs, or the SCA), this way of looking at things can also help clarify and illustrate actual medieval practice for anyone.
Go to the site
http://medievalscotland.org/
Pubblicato da Italia Medievale a 07:02 Nessun commento: 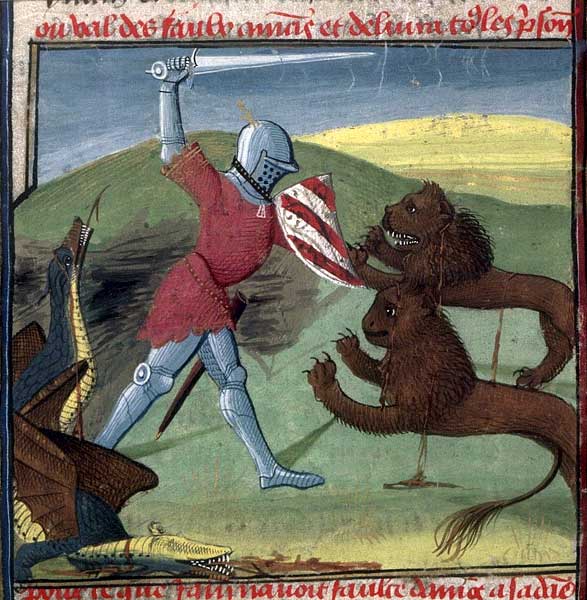 MEDIEVAL HOLIDAY AND FESTIVALS IN TRANSYLVANIA
Medieval holiday and festivals - Sighisoara, the best preserved and still inhabited medieval citadel in Europe
Shepherds Meeting on Mount Jina - a live insight on Transylvania’s traditions and customs.
The most famous Romanian Castles - always a good reason to travel to Transylvania - Peles Castle the most beautiful royal residences in Europe and Bran Castle - the place where Vlad the Impaller, also known as Dracula, was arrested and imprisoned.
Biertan - architectural jewellery, famous for its Fortified Church, you’ll find here the finest selection of handicraft in Romania.
Sibiu - chosen as the European Cultural capital of 2007, former Saxons capital in Transylvania, and its renown Village Museum.
Bears Cave - got its name from the skeletons of some very old species of bear (Ursus Spelaeus) that were found here.
Bicazului Gorges - the highest Romanian gorges and the famous Red Lake also called Killer Lake due to the pine trees that point out of the water like a forest of stakes.
go to the site:
www.visit-transylvania.us/romania-travel-transylvania/medieval-holidays-and-festivals-in-transylvania.html

Baltic Medieval Festival
The Baltic Medieval Festival is being organised since 2001 and traditionally takes place on the second weekend of June. The reason for the constant dates is the fact that several other historically orientated activities are usually planned in the following summer months in Latvia, Estonia, Lithuania, Belorussia, Russia, Poland, Ukrain and in Scandinavia. So, organizers do their best to open the high season of the historical reenactment activities at least in Baltics.
The festival is internationally orientated. Until now, the participants from Estonia, Lithuania, Belarus, Russia, Ukrain, Finland, Sweden, Polska, Germany and Czech Republic have taken active part in it. Still, the festival involves more participants from different areas by every year, thus giving chance for visitors to gain vivid and diverse impressions of varied medieval activities.
The main purpouse of the Baltic medieval festival is reconstruct and demonstrate the historical events, material environment and emotianal surroundings as authentically as possible and in a historically - adequate manner. Therefore the visitors, arriving to the festival field can observe knights fighting their duels in the tournament, for the rights to choose the Queen of the tournament, swordfighting demonstrations and battle imitations involving masses of armed men. Visitors themselves can try their skills in archery range as well. Here one can also enjoy medieval dance and music, watch plays, staged by medieval actors (traditionally - men only). The ancient craftsmen not only demonstrate their crafts, but also invites everyone - both grownups and children to participate in the creation of new beautiful masterpieces. The program of each festival is made different ensuring that every next festival brings us something new and even more exciting. There are much of those options available due to the fact that the festival thematically embraces the wide historical period of 9th to 15th centuries.
The creator of the idea of organising this festival is Andris Geidāns, leader of the historical reenactment group Exceritus Rigensis (ex-Livonieši). Initially the festival was organised by a group of like-minded persons and friends who have consolidated into a non governmental organisation Historical Festivals' Association since 2004.
The idea of organising a festival like this is based on the fact that there is an increasing social interest in the medieval culture and history of the Baltic region and also there were no historically orientated events of such scale in Baltics before. The ever growing number of participants and visitors proves the idea being right. So, for example, there were 150 persons participating (80 of them were from Latvia) and 2500 visitors attending the First Baltic medieval festival. But the Fourth Baltic medieval festival had 300 participants (150 of them representing Latvia), and in spite of the bad weather conditions almost 4000 visitors. Since year 2005 festival has changed the place of location from Cesis to Valmiera.
When we took up organising of the First Baltic medieval festival in 2001, we were absolute beginners on the background of the similar events taking place in the neighbouring counrties for a long time before. But during these six years Baltic Medieval festival has proved itself to be of great vitality and able to develop even more.
go to the site:
http://www.balticmedieval.info/
Pubblicato da Italia Medievale a 09:06 Nessun commento:

The Arabic role in medieval literary history
Arabic culture was a central and shaping phenomenon in medieval Europe, yet its influence on medieval literature has been ignored or marginalized for the last two centuries. In this ground-breaking book, now returned to print with a new afterword by the author, María Rosa Menocal argues that major modifications of the medieval canon and its literary history are necessary.Menocal reviews the Arabic cultural presence in a variety of key settings, including the courts of William of Aquitaine and Frederick II, the universities in London, Paris, and Bologna, and Cluny under Peter the Venerable, and she examines how our perception of specific texts including the courtly love lyric and the works of Dante and Boccaccio would be altered by an acknowledgment of the Arabic cultural component.
go to the site:
www.upenn.edu/pennpress/book/1296.htmlo the site: