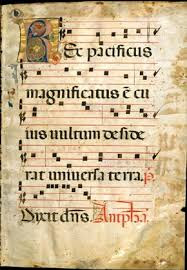 Medieval Music
Medieval music was an integral part of everyday life for the people of that time period. Music of the Middle Ages was especially popular during times of celebration and festivities.Music was often played during holidays and special parties. During weddings and birthdays, the music was especially uplifting. For weddings and on Valentine's Day, lovers' music was played that was sure to evoke a romantic atmosphere. This type of music was called "chivaree." The musicians would play buoyant and cheery music with crescendos. Many a different Medieval music instrument was played, including, recorders, horns, trumpets, whistles, bells, and drums.On Mayday, dancers would dance to specially-prepared, high-pitched music. It was believed that by doing so, the hibernating spirits would be awakened and forewarned that spring had arrived.
go to the site
www.medieval-life.net/music.htm
Pubblicato da Italia Medievale a 08:45